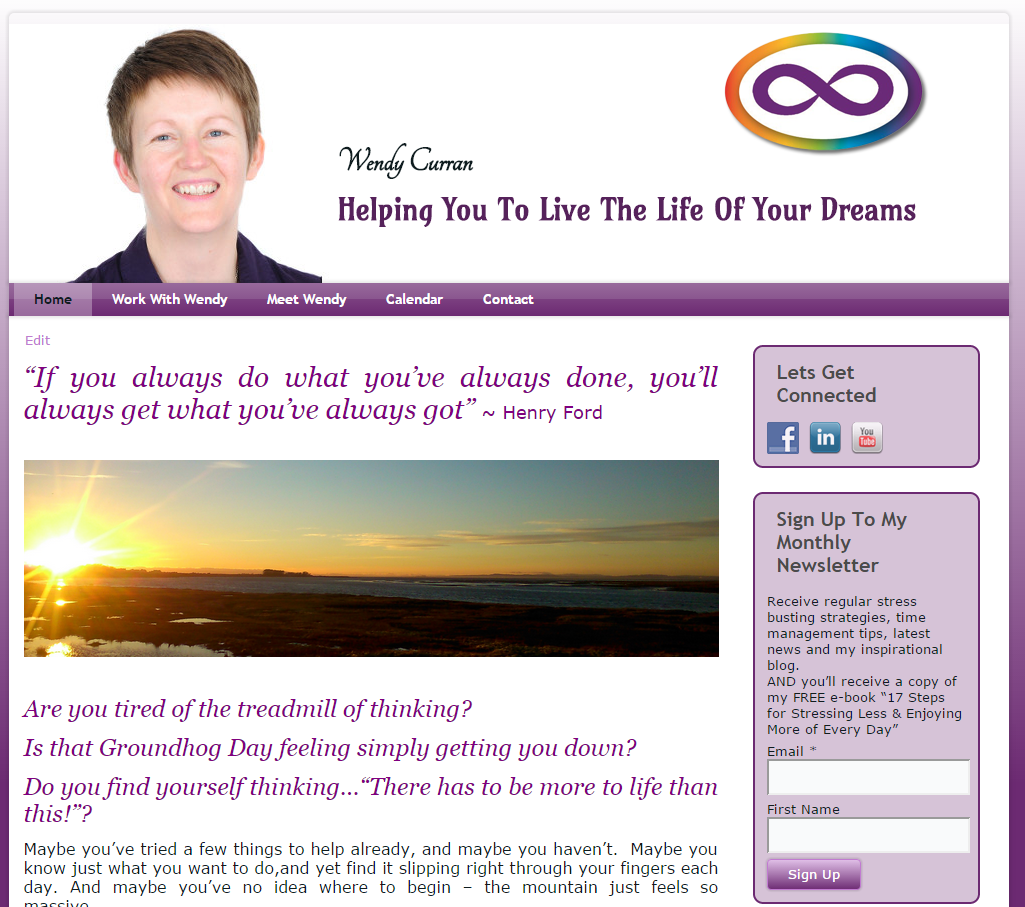 Wendy’s site is a surprisingly typical story of someone who has just not jelled with their web-guy (or girl).

My approach was to run Skype hour long sessions to help Wendy develop the content of the site herself while gradually introducing WordPress ideas and usage. By the end of each session we were both pretty tired out but had achieved lots and learned things to take forward to the next lesson.

My role other than the teaching sessions was to then implement any customisations between times while Wendy added the content and tried out some newly learned skills. The next session then reviewed what has been achieved and took thing forward until finally the site was launched!